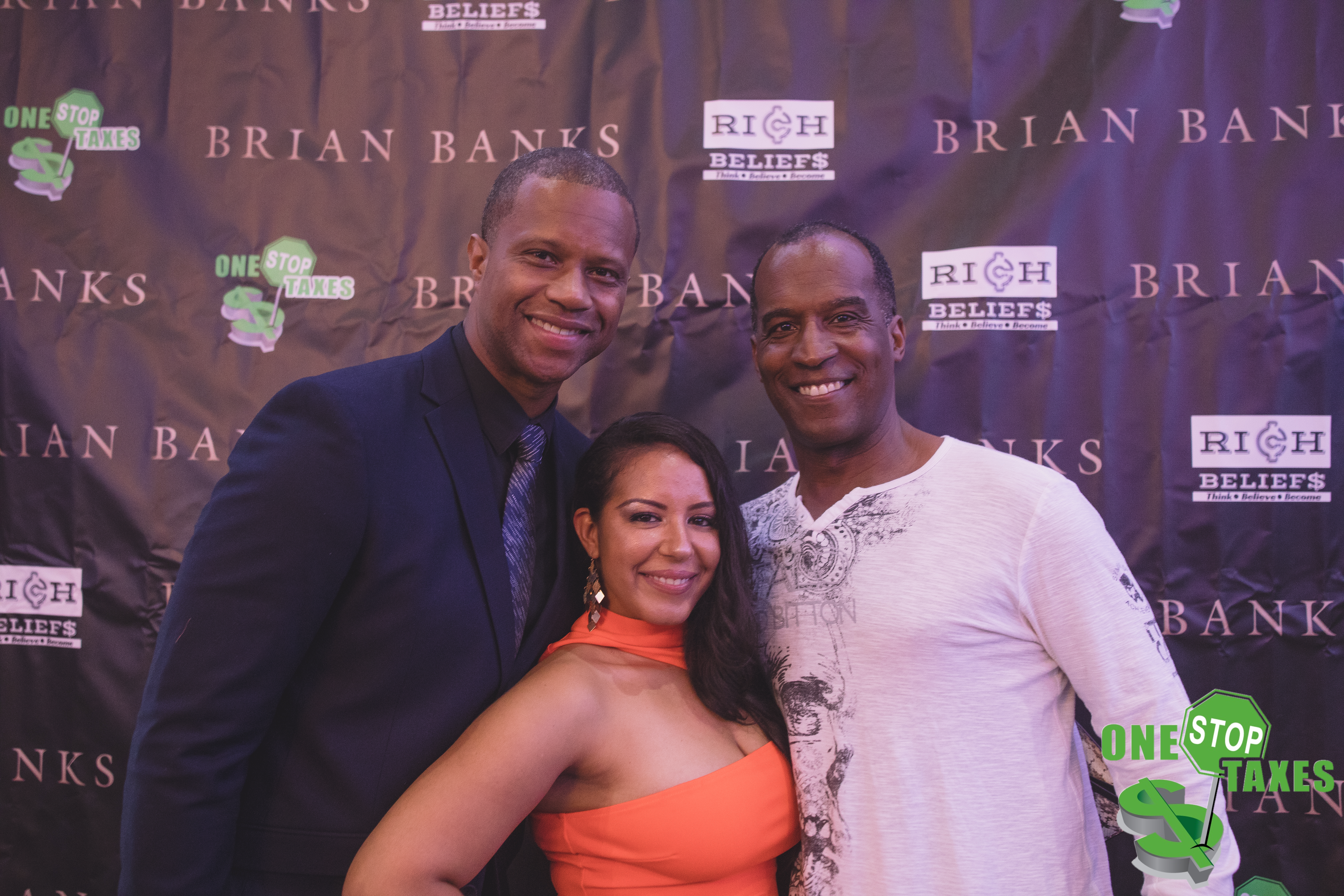 The movie premiere kicked off at Hollywood 20 Cinema with a red carpet experience; followed by an official welcome by Mowbray Rowand & Cherina Rowand (ONE STOP Taxes), the event culminated with the viewing of “Brian Banks” based on the untold true story.  Some of the City of Memphis’ most influential figures were in attendance including business owners, philanthropist, radio personalities and the Memphis film community. “Brian Banks” Movie cast /crew members also attended the event, making it an affair to remember!

“I think we need to raise awareness for quality films, telling the stories of quality people of color.  As black business owners, we want to lead the charge and inspire other business owners to do the same in supporting these films” stated Mowbray Rowand (CEO of ONE STOP Taxes).

About Brian Banks Movie
The inspirational true story of Brian Banks, an all-American high school football star who finds his life upended when he’s wrongly convicted of a crime he didn’t commit. Despite the lack of evidence, Banks gets railroaded through a broken justice system and sentenced to a decade of prison and probation. Years later, with the support of Justin Brooks and the California Innocence Project, Banks fights to reclaim his life and fulfill his dreams of playing in the NFL.

About ONE STOP Taxes:
ONE STOP Taxes, the fastest growing network of virtual tax franchises in the U.S., offers a unique opportunity to join the income tax preparation industry for free. With corporate headquarters in Atlanta, GA, the franchise company provides top tier support to more than 750 active franchisees across the U.S. Entrepreneurs new to the tax industry can partner with ONE STOP Taxes to open an online tax preparation business and service clients anywhere in the U.S. without incurring the upfront costs associated with a typical franchise.

The ONE STOP Taxes complete business system includes online tax preparation training, access to industry leading cloud-based software, a secure online file storage, and back-end corporate support, all for no out-of-pocket costs. This allows new franchises to compete with traditional brick and mortar leaders in the tax industry by providing the same products, including cash advances, electronic filing and direct deposit disbursements, with the added convenience of filing from home via the ONE STOP Taxes APP.

For the seasoned tax professional with an existing book of business, ONE STOP Taxes offers the opportunity to incorporate a virtual cloud-based model that can scale nationally without expensive expansion costs. Ideal for the self-employed tax preparer looking to transition to a B-quadrant business.